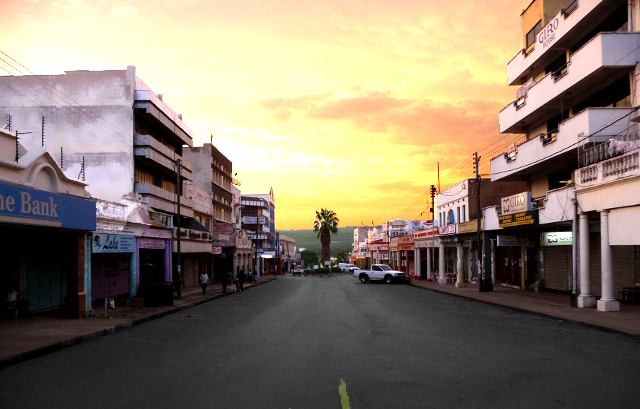 On Saturday 15th. Of December 2001 President Moi and the Presidents of Uganda and Tanzania came to Kisumu to celebrate the town’s centenary. The town was also elevated to a city status during the celebrations. Kisumu town came into existence with the coming of the railway to the port city of Florence on Lake Victoria.

The railways were built by the blood and toil of Indian labour. Around 32,000 workers came from India to lay down the railway and 2,493 of them died in the extremely hostile conditions where malaria was rife. A further 6,454 workers became invalid. From the time when the railway was being built to the present time the Indian community has transformed the three East African countries through their hard wok and enterprise. From farmers to doctors and engineers to shop keepers and industrialists the contribution of the Indian community is perhaps unparalleled.

To celebrate the towns centenary the Hindu Council of Kenya and the Aga Khan community organised a grand cultural programme on 16th. December 2001 at the Jalaram Academy. Raila Odinga the minister for Energy and Shakeel Ahmed the Mayor of Kisumu were amongst the many guests present. Ramesh Mehta who is the chairman of the Kisumu chapter of Kenya –India friendship association, very ably conducted the meeting. Dr. Nalin Karia chairman of the Kisumu branch of Hindu Council of Kenya welcomed the guests. In his keynote speech Raila Odinga read out the names of many individuals who had played a leading role in the independence struggle. Some of the names he mentioned were:

A cultural programme of Garba as well as African dances followed and it felt like nothing had changed –it was the same Kisumu that we so fondly remember! The book that I specially prepared for the occasion, Sunil’s Kenyan Days was also launched at the time.

Though the Indian community’s interaction with East Africa goes back may be a 150 years there is a strong possibility that almost 5,000 years ago there was contact between the two races. An intriguing example of this is that in Kisumu on the shores of Lake Victoria a Sikh gentleman has opened a small temple. Shiv Ling has been found in this place and according to one of the devotees at this temple in the story of Mahabharata, Hedamba one of the wives of Bhim comes from this part of the world and there are tribes who still worship her!

On 21st. December I gave a talk on Vegetarianism at the residence of Suresh Mehta who is active in Swadhyay Parivar. Three individuals took a vow to give up meat eating and became vegetarian. On 23rd. December a talk on Vegetarianism was organised by the Svetamber Sthanakvasi Jain Sangh in Mombasa. After the talk the committee decided to discuss an action plan to promote Ahimsa and Indian culture amongst the wider community. On the same day we and our host Mahendrabhai Doshi took a hot meal to an old peoples home, which is run by the Catholic Church. We asked the nuns there to adopt a Vegetarian diet!

According to me the biggest mistake we made in East Africa was that we did not share our culture, language and religion with the African people. I believe it is still not too late. To begin with the following should be done:

All these things need to be done in this country too otherwise we are bond to face difficulties in future.