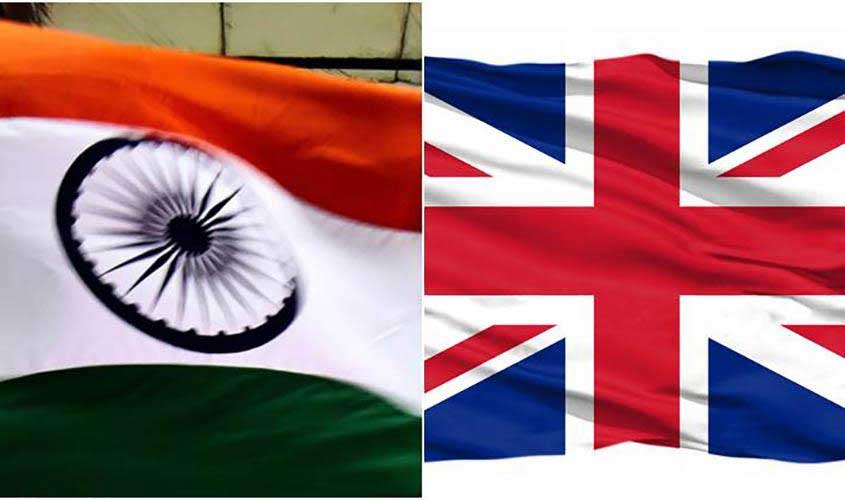 London: Ever since India got independence, the British media have painted a negative picture of the country. Indeed, many did not expect India to last long as a nation. There are countries that are failed states, countries which are engulfed in civil wars, but they do not get much of a mention from British and other Western correspondents. One reason for this is that being a democracy it is easy for them to report on India. Reporting on totalitarian countries is much more difficult. So India pays the price for being a democracy. There is another group of people who have made it their mission to write dark stories about India. They are writers of fiction with India and Indian society as backdrop. These books often become best sellers and qualify the authors, who are invariably Indian, to comment on the many failures of India. Arundhati Roy is a good example of this phenomenon. Then there are the social scientists, economists and those euphemistically called “secularists”. For the secularists, any expression of India’s heritage, culture and spiritual beliefs is anathema. For these social scientists and economists, most of whom are of Indian origin and live in Britain, India always falls short of their expectations. Democracy? It is caste based; it is corrupt. They did not play any part in nation building. They left and became armchair specialists, highlighting what they perceive to be India’s many failures. It takes more than a lifetime’s commitment and dedication to bring about change in a country the size of India. If these individuals were able to acknowledge Indian’s many achievements against all odds, then their criticism would have some credibility. However, they cling to outdated and redundant ideologies. They are the very people the British media turn to for their “expert” opinions. The irony is that these people get a hero’s welcome from the Indian intelligentsia, who mistakenly believe that these individuals have done India proud by becoming lords and professors in Britain.

The 70th anniversary of Indian Independence has created a frenzy of media interest in the UK. Apart from many television documentaries, there have been acres of coverage in the print media. Almost all of it is negative and has portrayed India and Indians as intolerant people who are persecuting minorities.

First off the mark was the Guardian newspaper, where Mihir Bose penned an article on 2 August 2017. After listing some Indian achievements, he had the following to say: “After the victory of Narendra Modi the country seems to be turning its back on the tolerant, secular society that India’s founding fathers wanted. Modi has always ridden two chariots: what one prominent Indian businessman, and an old friend of mine, called Modi’s real business of making India prosperous; and his Hindu business of appeasing his fanatical Hindu followers. Modi has proved a timid reformer, whose tinkering has included an overnight demonetisation that led to such chaos that people died. In contrast, his Hindu followers have been given free rein to believe that Ram Rajya, the mythical rule by the revered Hindu god Ram, has finally arrived. This has seen a ban on the slaughter of cows, and a growing intolerance of minorities.” On 5 August in the same paper a host of writers led by Salman Rushdie and Pankaj Mishra could not bring themselves to acknowledge a single Indian achievement. For them, India was a lost case, a failure.

Here is a country which is a vibrant democracy surrounded by countries where there is no freedom and where civil wars have taken place. Here is a country which started with nothing in 1947, but is now the world’s fastest growing economy. These things do not impress these “liberals”. On 15 August 2017, BBC 2 Newsnight held a discussion on the partition. It was a programme of unrelenting negativity on India. The programme presenter had the temerity to say that Gandhi had failed in his attempt to liberate India in a non-violent way and that he was irrelevant in 1946. Again and again the subject of cow vigilantes was brought up. The worst part is that the so called India experts of Indian origin were even more vicious than the other guests. The first expert was Professor Sunil Khilnani, who holds the India Chair at Kings College. He said Modi was talking harmony but failing to stop Hindu violence. And then came the familiar refrain: “As an Indian I am very worried the way India is going under the current leadership.” The other panellist, Professor Joya Chatterji from Oxford University compared the partition to something like Brexit and there was laughter in the audience. When a lie is repeated again and again, it gains respect. Thus India has been portrayed as intolerant and you know it has worked when your own children begin to repeat this mantra. A country which has given shelter to persecuted Parses, Jews, Tibetans has been stigmatised as intolerant!

The extent of BBC’s bias against India was witnessed with their coverage of the Ram Rahim Singh episode and the India-China standoff. BBC correspondent Soutik Biswas said that the guru saga showed how deeply divided India and Indian society were. A bit dramatic, I thought. There are any numbers of Christian gurus who are caught in scandals, but no one says UK is hopelessly divided. Regarding the India-China standoff, BBC correspondent Sanjay Majumdar quoted Atul Bhardwaj, who is Adjunct Fellow at the Institute of Chinese Studies in New Delhi. According to him, India had abandoned Bhutan because India wants Chinese markets and Chinese investments. India, he said, had withdrawn its troops. There was no mention of Chinese withdrawal. Lastly, BBC correspondent Justin Rowlett penned an article about the government’s total failure in the demonetisation drive. He asks a rhetorical question: why were Indians not angry over the note ban failure? He answered the question by saying that a lot of people find all the big numbers and complex details difficult and frankly dull. In other words, a lot of Indians were not bright enough to understand the subject. He added that in a country as poor as India people have more pressing issues to worry about.