The Spirit of India 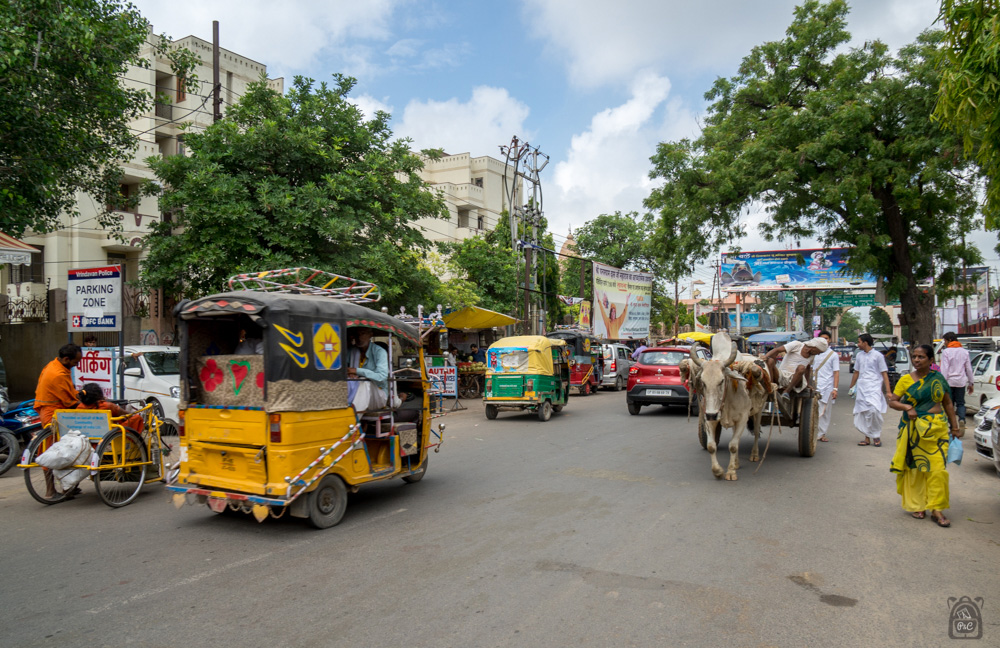 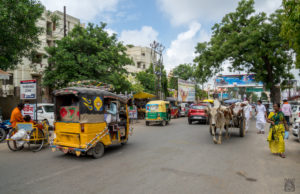 Indian is like no other country. If you want to understand this planet you are living in you need to see India. This is what I tell my non-Indian friends. Every few years I visit India and wonder if my mantra is some kind of hype I believe in because I have always had a special affection for the land of my parents. I have just come back from India having spent a month there. My stay has convinced me that my mantra remains valid! I landed in Delhi and did not leave the hotel for two days because of the air pollution. I tried walking to the Sardar Patel metro station to get to Chandni Chowk but returned quickly as I realised falling ill would ruin my holiday. I left for Vrindavan to join my wife and daughter who were already there.

Vrindavan is like any other town in India, densely populated, chaotic and clogged with cars and rickshaws. But for the devotees of Krishna this is holy land and the most sacred place. There are hundreds of temples—some recently built architectural wonders and other very old. To see the old temples you go to the Loy Bazar district and the rickshaw ride is something that needs to be experienced! Apart from vehicles going in your direction you meet the oncoming vehicle going in the opposite direction and only inches separate you from a collision! There is no aggression though just an exasperated Radhe, Radhe! This scene is probably repeated all over India in peak hours. For the devotee though this is of no consequence. There are pilgrims from all nationalities, the men in dhotis and women in saris. The shops are doing good business selling all the paraphernalia a devotee needs in his or her devotional practice.

One evening as we walked in Loy Bazaar area we saw a body being taken for cremation, two streets down there was a wedding party complete with a music band. This for me defines India and Indians. Life and death, happiness and misery, are integral to human existence and are handled with both respect and detachment. It is a very healthy attitude as too much attachment to anything entangles you in a web. We took a tour of villages outside Vrindavan where Radha and Krishna spent their childhood. As we walked through the villages local women came out from their humble homes and offered us hot rotis. Only in India can this happen where people offer food to total strangers. To them you are guests and that is all that matters. In our group there were people from US, Russia, Iran and many other countries. They love the spiritual heritage of India and its culture. Re-incarnation, Karma, Atma (the Soul), Mahabharat, Ramayana, Sanskrit, Hindu festivals, Bharatnatyam, Kathak all make sense to them.

This is also a place where monkeys have a free run. They have mastered the art of grabbing your bag or your glasses. Once in the middle of a sea of humanity a monkey grabbed my glasses and went on to sit a little distance away. A local expert bought some food and threw it at the monkey and it left living the glasses for me to pick up. There are thousands of widows living in this city, mostly from West Bengal They want to spend their last days in this holy land. Akshay Patra is a project which provides free hot lunch for thousands of children in many schools around Vrindavan. I visited the place where the food is prepared and it is a state of the art facility which is all automated, capable of making thousands of rotis and sabji in record time. The whole thing works with military precision. Food arrives at schools by lunch time.

From walking the streets of Vrindavan you suddenly enter a world class set up. This is something exceptional about India. The old and ultra new live side by side, each has its own space. This is because an Indian mind has always been free to express itself and that is why democracy is so vibrant in India. Vrindavan also has Sandipani school for the poorest of the poor girls. It provides everything from school uniform to food. Girls who are often married off at a very young age can now study and earn money to be able to stand on their own feet. Philanthropy is very big in India but gets little recognition. Big conglomerates provide free education to the children of employees, mass weddings are sponsored for poor families complete with a start up kit for a new home. Free health camps are held in hundreds of villages and eye care as well as dental care is provided. Even animals are cared for in thousands of animal sanctuaries up and down the country. A wealthy diamond merchant in the city of Surat in Gujarat gave away a new car or a new home to thousands of his employees. It is sad, however, that cities like Vrindavan still has open gutters and hardly any civic facilities.

We went on to Kolkata. Walking the streets you observe extraordinary scenes. There are still people who carry people in their carts, the passenger is calmly reading a book, everyone is busy pursuing their goals. There are people having a bath, having a shave or a haircut on the street but the most fascinating thing is that everyone is fixed in what they are doing and not the least interested in what others are up to. All over India you see women working on building sites. They shift sand and stone all day long. It does not draw anyone’s attention and the women themselves seem to have no interest in all the trappings of wealth they see around them. They are earning a living with dignity and that is what matters to them. You almost hope that there is someone looking after their rights and interests. From a Sadhu (saintly person) who has no possessions and does not know or care where his next meal is coming from, to street vendors like families selling balloons outside restaurants, or someone who polishes your shoes for a few rupees, they do their trade with pride. The women selling balloons and other home made toys have fascinated me for years. It seems to be an occupation passed on from generation to generation. They probably earn a few rupees every day but they are there and have a certain pride in their business. In a world where children’s toys are electronic gadgets they still hold their own place. After buying their children a toy worth a few rupees the family would proceed to have dinner in a restaurant which could cost anything between 300 to a 1000 rupees per plate. For the toy sellers it is of no interest. They are there to earn the fruits of their labour. I wanted to buy some parts for my Ambassador car and it was like entering a maze of alleyways where for miles and miles you see small shops selling car parts. While in most countries same businesses next to each other is considered competition in India the idea is turned on its head. This is one stop shopping! When people say India has 1.2 billion people few grasp what it actually means. Parts of Kolkata and Mumbai can give you an idea of what this means. That is if you don’t visit the Kumbh Mela where over 50 million people meet in one spot. 1.2 billion people made up of diverse states from Kashmir to Kanyakumari, hundreds of languages, thousands of castes, numerous religions and tens of thousands of sects and gurus, atheists, dozens of political ideologies from die hard Marxists to Gandhian’s this vast country is united in its diversity. What keeps this country united is its ancient free spirit, free to speak, free to follow a way of life of your choice and free to elect and reject politicians. India is a role model to all other nations when it comes to living and thriving in diversity.

For a huge number of Indians, a holiday is still a pilgrimage to holy places. They set out to visit places of worship and on the way stop at places of worship of other faiths. They will respectfully bow their heads whether it is a church, Buddhist temple, Sikh or Jain temple or a Sufi place of worship. All ways to god are valid and worthy of respect as long as they do not harm others. Even atheists are  acknowledged. This is what has defined India for tens of thousands of years. There are over 100 millions Indians who are middle class and the intermingling of different strata of people seems seamless. And there are the super rich as well as world leaders in medicine, space scientists bringing India billions of dollars and IT pioneers. What we make of India in the West is coloured by long held stereotypes. You only hear the negative stories. From Kolkata we went to Ahmadabad capital of Gujarat. It is a vibrant city full of energy. India has a young population and for them there are no glass ceilings. World class hotels, office buildings, schools, colleges and universities are driving the change which is unprecedented. It is also a state where women walk the streets at night without fear. Indians are fiercely proud of their nation and having started with nothing it has become world’s fastest growing economy. This is because the new generation strives for excellence and there are many examples of individuals who have reached for the skies having started with nothing.

The Tata company not only is a hugely successful conglomerate but the biggest employer in the UK. Mahindra, the auto giants, have set up plants in the US. Reliance, the biggest and richest conglomerate, now operates in many countries of Africa. The new found confidence can also be seen in the field of sports where Indians are beginning to make a mark on international level. The unique thing is that Indians will start a new venture with special prayers, a new car or auto rickshaw will be baptised with special prayers. The Sun, the Moon, Mountains, Mother Earth, Rivers, Oceans, Forests, everything is a gift of God, for Indian’s they are therefore worthy of respect. Mankind is doomed if it fails to protect the natural resources and the ecology of the planet. A Capitalist world order leaves India no choice but to participate in that world order but it is already experiencing a backlash from nature. That is why I could not leave the Delhi hotel and venture out. In an increasingly troubled world India has Yoga, meditation and a vegetarian diet to offer the world. It has Ayurveda which offers an alternative to western medicine. It has the Bhagvad Gita which dwells deep into all the complex problems human beings suffer from. Respect for elders and a strong family system is still widely prevalent. A balance between the material and spiritual is of utmost importance. It is for all these reasons I would recommend everyone to visit India once. And of-course the magnificent temples and historical places to see.