Back home in London. 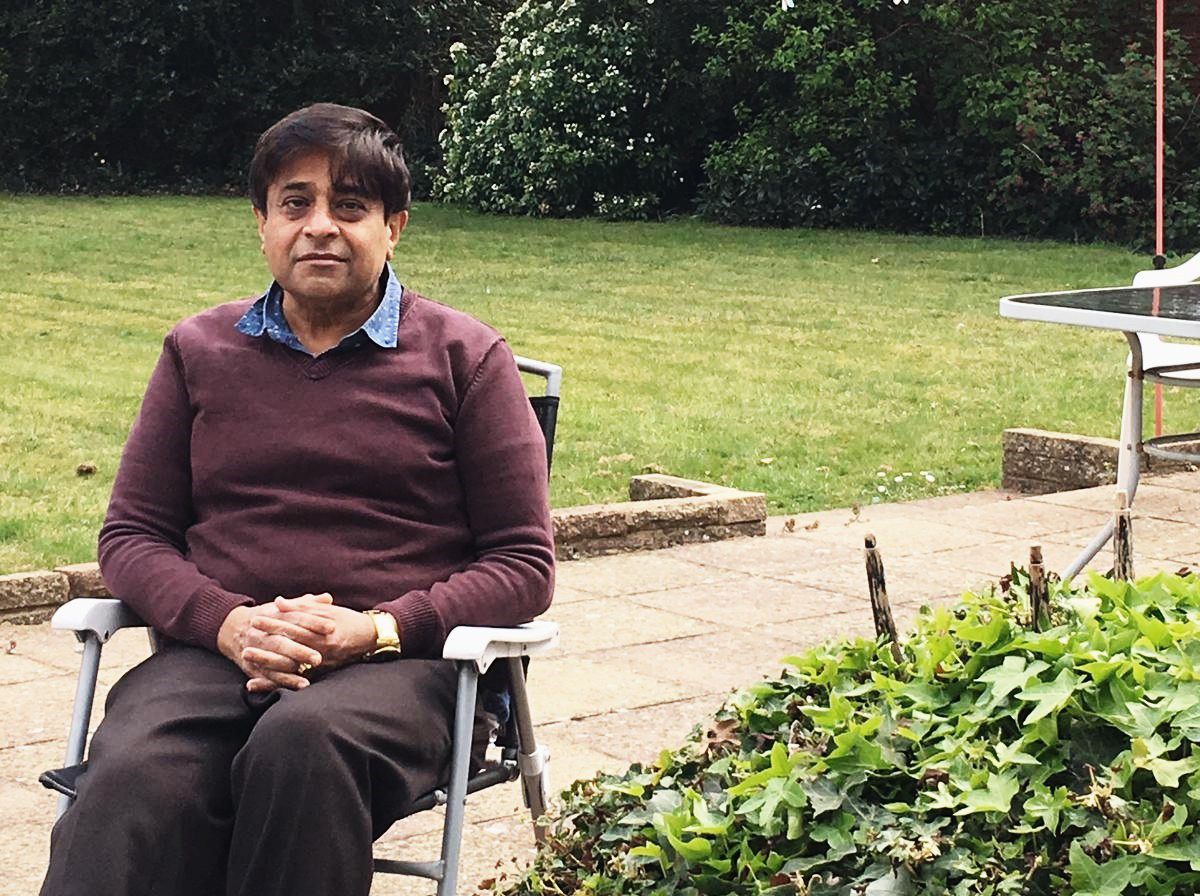 I came by a British Airways Charter flight. After I had been allocated a seat my first goal was to get to Amdavad in the midst of a lockdown. The British High Commission had organised for everyone to be collected from different places and taken to the airport. However on an earlier flight some passengers could not get to the airport on time and were left behind. So we decided to plan my own transport. However I needed to get a travel permit for me and the two drivers. With the help of Nitinbhai Varia and Rajubhai Bhatt I managed to get it. I had to go to what they call here the ‘ Collectors Office.’ Armed with the Permit we left for Amdavad around 6.30am. A special thanks to Jayanti for his hospitality and to chef Dhanraj for all the wonderful varieties of food we had! Our first stop was to pick up Rajubhai from his home in a small village. He was to do the driving. So Vijay who is from Kerala and works for Jayanti and Raju the driver in the front seats and me in the rear we set off. Vijay speaks Hindi and understands Gujarati. The conversation between him and Raju was great fun to hear. Vijay said, ‘Aacha Huva Tum Aaye’ .( Glad you could come). Raju replied with machine gun fast Gujarati, ‘ Permit hoi to javama koi vandho nahi. Ghare navroj betho hato. ( With a Permit no problem coming. Was doing nothing at home anyway). And so the conversation continued. Vijay in Hindi and Raju in Gujarati! Many Gujarati’s find it difficult to be fluent in Hindi! As we got near Amdavad we ran through many checkpoints. We were allowed to proceed after a few anxious conversations! However the last checkpoint got me a bit worried. I was asked to show the Permit. The officer said, ‘ Where does it say you can travel to Amdavad on this Permit’? Sure enough it did not name Amdavad. I reasoned that it has to be Amdavad as it is the only city in Gujarat which has a international airport. He asked me to show the ticket. I showed that from my phone. He let us go! Next we reached my cousin’s house to pick up my bag and passport. My nephew’s wife Kruti and Bhartibhabhi handed over Thepla, Gathia, Kachori, Biscuits and what they call Khaman but what we call, ‘ Keri No Chundo’! You will need the food on the plane. they said. Next we reached the airport. The Britain Airways staff was welcoming. There were bottles of water and some snacks on offer. Next was a CoronaVirus check. They point what looks like a gun on your forehand to get your temperature. ‘Choranu’ said the guy with the gun. Meaning 94 degrees so I was Okay. Finally in the departure lounge I met our Kisumu neighbour and childhood friend Kishore Odedra and his wife. Both of them said that they had food, Thepla and Shaak and I should have it. That is spontaneous hospitality Indian’s are known for. Once on the plane the Pilot introduced himself. He was a young Gujarati guy and he welcomed us in Gujarati! We were told that on this special charter flight all the Cabin crew had volunteered to come to collect us. That is it was beyond the call of duty. This was their kind heartedness. Most of the cabin crew were English and several afro-caribeans. The food served was Vegetarian only. It was cheese sandwich and a Vegan snack bar. As a Vegan it was time to reach for the Theplas! On landing there was a spontaneous round of applause for the Pilot and all the cabin crew. In London the airport authority made us feel welcome. They had even waived the parking charges!
So I arrived home only to find that the family has decided to put me in isolation!!. Wish l was back in Surat! It has been really touching the concern everyone has shown for me. Thank you!