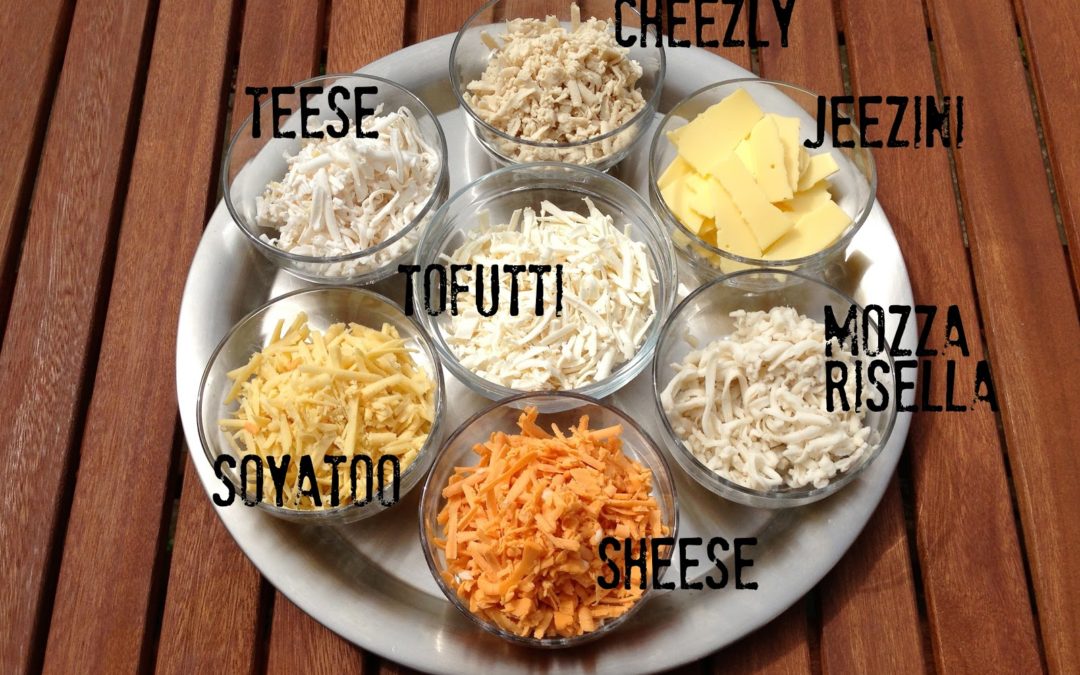 Milk and milk products play an immensely important role in Indian culture and way of life. Lord Krishna’s love for milk, yoghurt and butter are legendary. However as far as I am aware there is no record of Cheese being made in Krishna’s time and the reason is obvious. Cheese is a food product of the West and to produce it rennet is needed. The active ingredient of rennet is the enzyme, ‘Chymosin’. The usual source of rennet is the stomach of slaughtered newly born calves. Adult cows do not have this enzyme and it is therefore derived from the abomasums [fourth stomach of] of newly born cows.

It is possible to make Vegetarian Cheese by using the rennet from either fungal or bacterial sources but traditionally Cheese has been produced using animal rennet. The Vegetarian rennet as we know today is produced by genetically engineered bacteria yeasts [fungi]. The process of producing the vegetarian rennet may start with animal rennet but infinity of replications in yeast cells reduces the content of the animal rennet to a vanishing level.

Alternatively the chymosin encoding DNA [genetic material] can be biosynthesised in the laboratory without the use of calf cells and used in the production of vegetarian cheese. The fact remains that in the initial production of the vegetarian cheese calf cells would have been used. Another issue of importance is that in the making of cheese or any other milk products one has to come face to face with a cow and her pitiable condition.

The modern dairy cow suffers enormously and the dairy and the beef/veal industry are all interconnected. Today’s cows are impregnated artificially and forced to have a calf every year. The modern cow is inseminated when she is around fourteen months old and gives birth to her first calf at two years. In a healthy environment cows would live in excess of 25 years but modern dairy cows are slaughtered within 4 to 5 years. The female calf is cruelly separated from the mother and a male calf is either killed straight away or sold as veal meat. Selective breeding and concentrated feeds has resulted in dairy cows giving ten times more milk then before and this has pushed the cow beyond her natural limits and brought about many diseases.

Most dairy cows suffer more from Mastitis. Mastitis is a painful infection of the Udder and has to be treated with antibiotics. Traces of this blood as well as legally permitted pus and blood cells may be found in milk sold for human consumption. When the dairy cow cannot give any milk or produce any calves she is slaughtered and ends up as baby food. During Lord Krishna’s time the cow was worshipped and showered with love and affection and in return she provided enough milk for its calf as well as for human beings.

The milk that we get today comes from a cow whose suffering is immense. On moral grounds alone milk like meat that comes from the suffering and torture of the animal cannot be good for one who partakes of it. The violent vibes of these foods would have an impact on the consumer. According to a recent survey around 30% of consumers are trying to avoid dairy products one reason being the allergic reactions that people get. Lactose intolerance is also a major reason for people avoiding dairy products.

Having said all this I acknowledge the fact that cheese has become a very important and popular food for us today not least because we have been introduced to Italian Pizzas! One problem with cheese is that though it is a good source of protein, calcium, zinc and vitamin B12 it is also a major source of saturated fat, which can lead to raised serum cholesterol levels and so should be eaten in moderation. The increasing reliance on Pizza, Pasta and Fries to keep children happy will not do their future health any good.

From Krishna’s time to the present time we have come to know of many new types of food and we will continue to learn of new foods from different cultures and there is nothing wrong with that. The only condition being that it should be Vegetarian or preferably Vegan! Yes and all these new foods should have a second place in our diet the first being the food that has sustained us since the time of Rama and Krishna and that is fruits, vegetables, rice, daal and chapattis!

Our culture and religion will live as long as we do not abandon our vegetarian life style, which is based on the lofty ideal of Ahimsa towards all living beings.

This article posed the question Vegetarian Cheese or Vegan Cheese and the answer is Vegan Cheese! Vegan Cheese made from Soya milk is available in Tesco and Health food shops. Some of the names of popular brands of vegan cheeses are: Vegerella, Cheezly, Scheeze and Swedish Soft. As for milk go for Soya milk and once you get used to it you will wonder why you ever took milk! In religious ceremonies where milk is traditionally used it should be replaced with Soya milk! Butter can be replaced with dairy free vegetable spread and Paneer can be substituted with Chinese tofu easily! Vegan yoghurt is made easily by adding acidophilus!