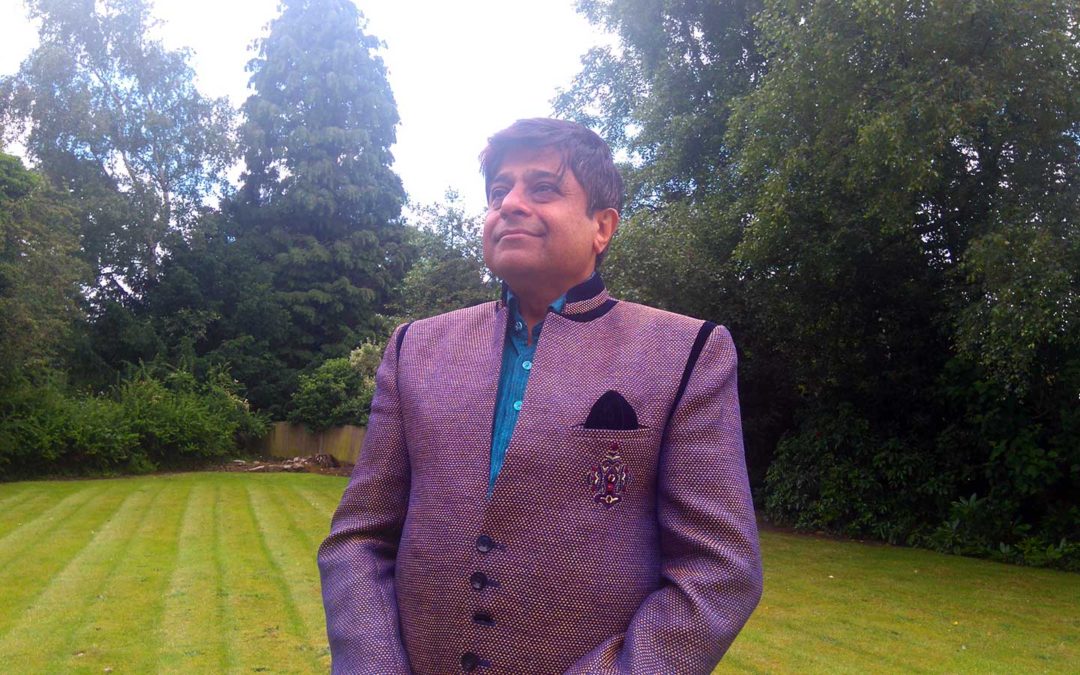 My Lords, MP’s, Ladies and Gentlemen, As most of your may be aware, the United Nations has declared 2nd October as The International Ahimsa Day to honor Mahatma Gandhiji on his birthday.

To celebrate the occasion, the Institute of Jainology has been presenting the IOJ AHIMSA AWARDS for the past few years at the House of Commons, to deserving personalities from around the world. Previously, the graceful recipients of this Award have been Dr Nelson Mandela from South Africa, His Holiness The Dalai Lama from Tibet, the renowned Jain monk Acharya Mahapragya from India, the distinguished Scholar Prof. Padmanabh S Jaini from U.S.A. and last year Prof. Nalini Balbir from France.

This year, I am pleased and delighted to announce that the Board of the Institute of Jainology, has unanimously proposed the name of a simple and humble, local hero, NITIN MEHTA, to receive this year’s IOJ Annual Ahimsa Award, in recognition of his splendid work for promoting vegetarianism and non-violence to animals.

Nitin Mehta, formed the Young Indian Vegetarians in 1978 and has tirelessly championed the cause of Ahimsa through his consistent and dedicated multifarious activities of compassion to animal life. He points us to statistics and research that show that live-stock accounts for as much as 51% of greenhouse gases and hence a significant cause of global warming. Almost 40% of grain in the world is being consumed by the billions of animals we breed each year for slaughter. A major part of the Brazilian rainforest has been bulldozed to make way for cattle ranches to feed the carnivores. All this, Nitin believes, is such a wasteful way to feed the planet and it is going to cause catastrophic environmental problems in the future. Through the Young Indian Vegetarians their mission is to bring about a 21st century in which the human race will finally make peace with the animal kingdom. All big ideas start small and Nitin has been campaigning and trying to convince his local, Croydon Council to introduce Meat Free Mondays in schools and local authority buildings. He has not yet achieved success but he will and we all wish him all the success in his endeavor. Nitin also actively supports animal sanctuaries with both his time and money.

Apart from promoting vegetarianism and animal rights, Nitin is a key figure in Croydon’s Indian community and hugely active in borough life. In 1975 he founded the Indian Cultural Centre in Thornton Heath which organized youth clubs and liaised with the council on behalf of its members. Nitin spent 6 years as a governor at Croydon College, has sat on the police consultative committee and was on the board of directors of Compassion in world Farming. He also worked as a volunteer with Croydon’s foremost homeless charity, Nightwatch and was a patron for Quaker Concern for animals. In 1999, Nitin was awarded the MBE in the Queens’s birthday honors’ list and in 2002, then Mayor of London Ken Livingston presented him with an award for making a significant contribution to London. In 2006 he received the ‘Sanskar Garima’ award for services to Gujarati language and Vegetarianism from Gujarat Samachar and Asian Voice publications. In 2008 he was presented with the Glory of India award by the India International Friendship Society for promoting Indian Culture in the UK. and in 2011 he received an Award from the National Council of Gujarati Organisations.

Nitin has also written 3 books and runs his own motor spares business in Croydon. With everything that I have said about Nitin, you will all agree that he does indeed stand tall amongst us, his lofty ideals merit praise, his conviction raises admiration, his modesty draws inspiration, his dedication deserves support and to carry on this path of Ahimsa he very much deserves this IOJ Annual Ahimsa Award.

May I now invite Lady Dholakia to present this Award, on behalf of the IOJ and the global community to Nitin Mehta. Thank You.